Recommended GearThese may contain Amazon Affiliate links, which support The Argobus and keep this page ad-free. General ToolkitAngle GrinderExtra Metal Cutoff WheelsHusky Air Tool Kit (we want the air hammer plus chisels)Husky 8-Gallon Air CompressorPhospho Rust Treatment/RemoverSpray BottleShop RagsRespirator and solid work gloves How to Remove the Walls and Ceiling in a Used School Bus I removed the floor before I did this, partly because portions of the wall were sealed behind the floor. In hindsight, it would've worked better to leave the floor in simply because it was easier to walk on.
The general strategy for this is simple: start at one end, and work your way to the other. I started with the ceiling at the rear, removed the first panel, then worked on the walls up to that same point. And I repeated this all the way to the front end.  How to Remove Rivets in the Ceiling Chances are, the ceiling will be riveted into the ribs. Rivets are stronger than screws, bolts, and even …
Post a Comment
Read more 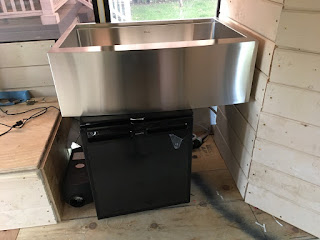 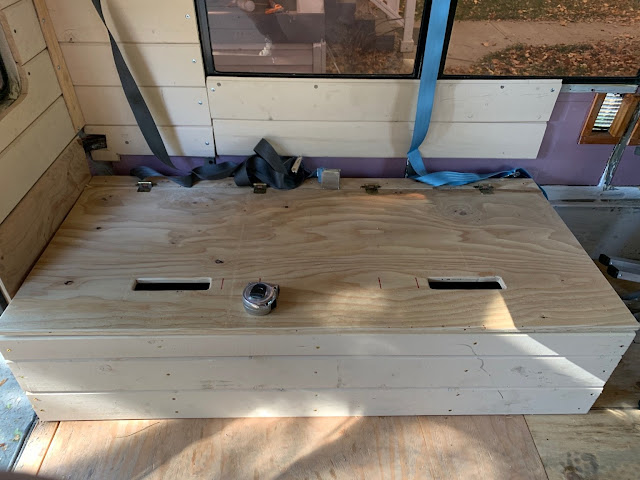 How to Install Seats in a Skoolie 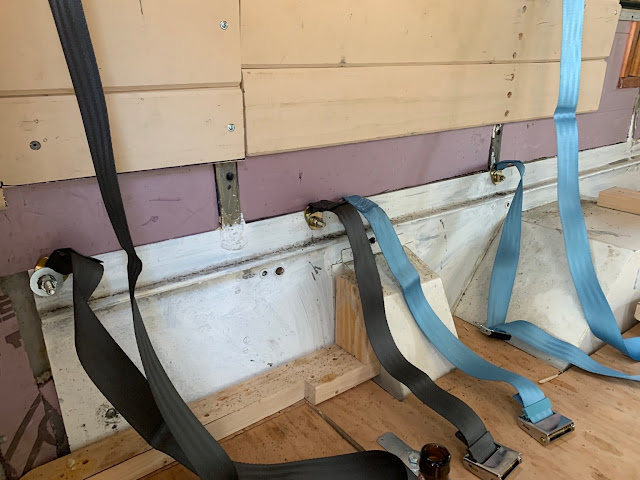 How to Install Seatbelts in a Skoolie 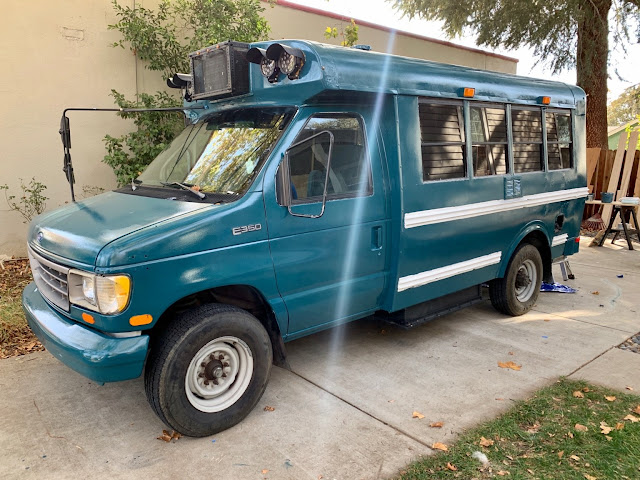 How to Paint a Used School Bus Revisited 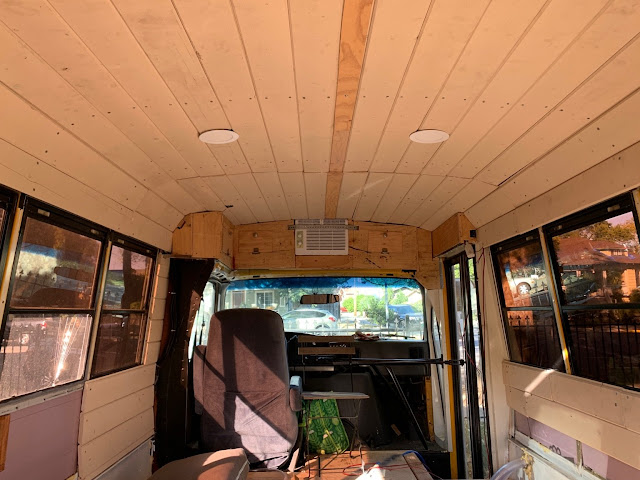 How to Install the Insulation, Walls, and Ceiling in a Skoolie 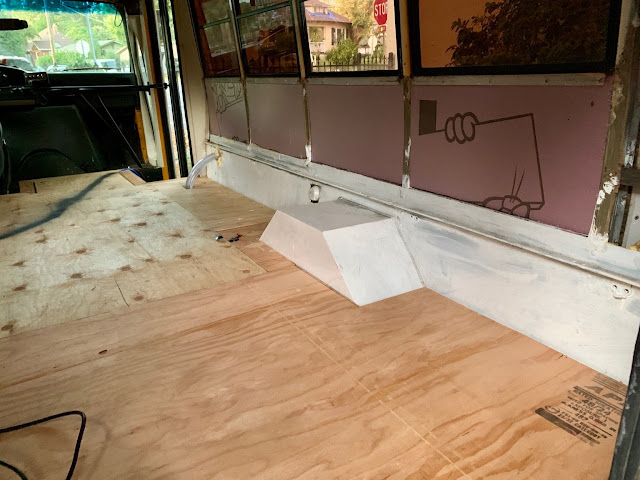 How to Install a Floor in a Skoolie